If you have ever had the misfortune to be in a situation where communication with an NLPer is necessary you will have found that it is an impossible process. The NLPer believes that they know everything and that communication is a one-way process. They talk a lot but never listen. Whereas a normal person participates in a conversation NLP teaches that they should control a conversation and it only exists to serve their needs not the others persons. This is the way a sociopath thinks.

Here is a section from an NLP training manual explaining a couple of techniques they use. (typos, spelling and grammatical errors from the original).

If you want someone to stop talking, short of asking them to be quiet, there are at least two effective nlp methods of winding down their continuos urge to speak.

You can remain perfectly silent, or you can disagree. Either of these will usually prompt the other to seek companionship elsewhere.

Silence is the absence of any verbal feedback whatever. In behaviourist jargon, it is a form of ?extinction,? which is simply the refusal to reinforce a particular behaviour. Extinction has been shown to be the most effective method for eliminating a behaviour from a person?s repertoire, even more effective than punishment (which, to be effective, must be administrated with each instance of the undesirable behaviour).

This is why solitary confinement, the absence of any reinforcement or feedback from other humans, is even more feared than physical punishment. One mistake many parents make when they want to quiet down noisy children is that they attempt to ?punish? children for making noise, but often only succeed to reinforce the very behaviour they want to eliminate. Punitive attention, it seems, is preferable to none at all. so if you want someone else to be quiet, don?t pay attention to him/her, and they will eventually go away.

The other effective nlp means of getting someone go away and leave you alone is to disagree. This being the opposite of pacing and building rapport.

Initially you might get an argumentative response, but if you maintain your contrariness long enough the other person will eventually go away and find someone else to talk with. It?s important for us to find people who will validate our beliefs and opinions, and we all tend to ?drop? people who disagree. 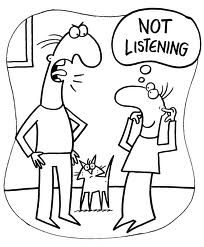 A normal person of course would engage in debate and an exchange of views. The first NLP method here is simply ignoring someone which is just rudeness. The reference to children is very telling. A young child is yet to understand reason and therefor this method is a substitute. Using this technique on an adult shows complete contempt for someone?s intelligence, they are inferring that the other person incapable of reason, when in fact it is them that is incapable of making a reasoned argument. The second technique here is simply being argumentative for the sake of it, trying to annoy the other person.
Use of these and other NLP communication techniques make NLPers highly antisocial and thoroughly dislikeable people.


- Nlp Techniques - Nlp?s Embedded Commands Debunked
Many of the techniques taught as NLP are simply a guide to being obnoxious and antisocial. The use of NLP Embedded Commands is one such technique. Trying to manipulate someone to do something via trickery rather than directly asking them is a nasty thing...

- How To Spot The Nlp Sociopath.
Whilst much of NLP is made up pseudo-science the rest is an instruction manual that should be titled ?How to be a Sociopath?. Brainwashing ensures that the NLPer actually believes that these actions are a positive thing and that they are successful in...

- Nlp Cult Social Isolation
Another reason proponents of NLP use to deny that it is a cult is that it does not physically or geographically isolate people from the rest of society. The often quoted A Bradbury is one example of this trick. (I can debunk every item in that article.)...

- The Power Of "reframing" At Work
Bed-wetting / Enuresis Yes...it is about bed-wetting and how to stop an infant or a child from doing it. This what Barbara did when faced with a child with a habit of bed-wetting. Read all about it and perhaps you can share Barbara's experience with...