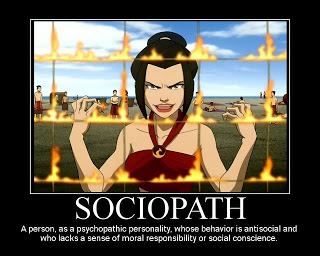 Another reason proponents of NLP use to deny that it is a cult is that it does not physically or geographically isolate people from the rest of society. The often quoted A Bradbury is one example of this trick. (I can debunk every item in that article.)

NLP does socially isolate people although they still are physically present in society the sociopathic nature of their beliefs and practices makes them intolerable to most people (except psychopaths and other hustlers, confidence tricksters etc.).

NLPers believe that the self is the only thing that matters. Personal wealth and success the only goal in life. Manipulating and using anybody they meet including friends and family in order to achieve their goals is taught as some pseudo-scientific method and given silly names like:

Embedded Commands = subliminally telling people what to do or think

The NLP Power of Agreement = telling someone they agree with you when they don?t

Silence Imposition Technique = being rude and ignoring someone


- Nlp Techniques - Nlp?s Embedded Commands Debunked
Many of the techniques taught as NLP are simply a guide to being obnoxious and antisocial. The use of NLP Embedded Commands is one such technique. Trying to manipulate someone to do something via trickery rather than directly asking them is a nasty thing...

- The Sh*t Nlpers Say: ?nlp Is A Powerful Set Of Tools.?
Something I have noticed with NLPers is they all say exactly the same things. They are brainwashed (or programmed as they put it) to blindly accept what they are told as the truth and never to question it. This is particularly true when they try to argue...

- Nlp Standard Deception And Lies
Smoke and Mirrors. The tools of NLP. Someone posted this on my Facebook page: how can a method or an approach be a cult? who is the leader of this cult? Both standard defences from cult members and easy to answer, so I did. It uses both the methods and...

- Cunning Linguists, A Few Deception Techniques Of The Nlp Cult.
Whilst researching the NLP Cult a section of this website http://www.johnlenardburnett.com/subjects/nlp.html caught my eye. This is the passage: Conflicts within NLP A second branch of NLP referred to as a cult (NLP2) evolved during the mid 1980s from...