﻿ The Sh*t NLPers Say: ?NLP is a Powerful set of Tools.?
Neurolinguistic Programming

The Sh*t NLPers Say: ?NLP is a Powerful set of Tools.? 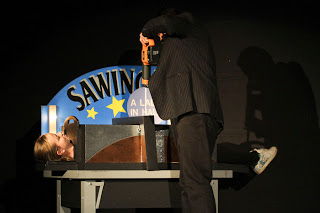 Something I have noticed with NLPers is they all say exactly the same things. They are brainwashed (or programmed as they put it) to blindly accept what they are told as the truth and never to question it. This is particularly true when they try to argue that NLP is not a cult. When they try to describe what NLP is, a typical example would be:
?NLP is a powerful set of tools.?
It is true that they are taught to use certain tools at NLP brainwashing camp (they call it ?NLP Training?).
What actually are these tools and are they powerful?
The tools taught as NLP are mostly not unique to NLP. They can be found elsewhere and are generally aimed at manipulating, misleading and distracting. Rapport and mimicry are used to gain someone?s confidence by faking likeness. Embed commands are used to manipulate people into unwittingly being controlled. Many techniques are designed to distract attention from the truth. 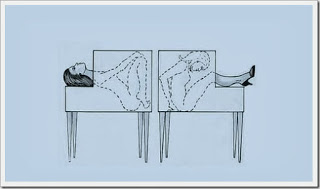 It is all just like a ?Magician? or illusionist using smoke and mirrors to trick your mind into believing what you think you are seeing.  This answers the other part of my question, is it powerful? Just like magic can seem powerful to someone with no knowledge of how it is done, once the secret is explained and demonstrated it loses all power. Once you know how the magicians assistant appeared to be cut in half but wasn?t really, the illusion will never work on you again. The same is true of NLP manipulation, once you know how they do it; they?ll never manipulate you again.
You are a wiser person when you know that magic doesn?t exist, it is all sleight of hand and deception, you are a wiser person when you know the same of NLP.


- Hell Hath No Fury Like An Nlper Defending His Master (or Mistress).
On my Facebook page I shared a link to the following satirical site:  http://neurolinguisticpropaganda.blogspot.co.uk/ I found it quite amusing in the way it lampoons NLP and NLPers. Underneath the picture with ?Richard Bandler The Art of Free Stupidity?...

- Nlp Standard Deception And Lies. Parts 2 & 3.
NLPers are masters of deception. Question everything they say, and you will find it is all smoke and mirrors designed to deflect your attention from the truth.Part 2. After the last post this was posted on Facebook: i read what you wrote on that link...

- Nlp Cult Social Isolation
Another reason proponents of NLP use to deny that it is a cult is that it does not physically or geographically isolate people from the rest of society. The often quoted A Bradbury is one example of this trick. (I can debunk every item in that article.)...

- Master Practitioner Dares To Criticize The Nlp Cult.
This show how zealously the leadership guards against insiders speaking out, a common feature of cults. In this case removing his videos from YouTube for mentioning their names.  He also some interesting points: Those parts of NLP that work are...

- A Few More Secrets You'll Discover
Learn how to easily and effectively Integrate Two Conflicting Beliefs making you more congruent or 'all systems go!' (Page 82.) Discover a technique for dealing with 'Psychic Vampires.' Stop certain people from draining your precious...